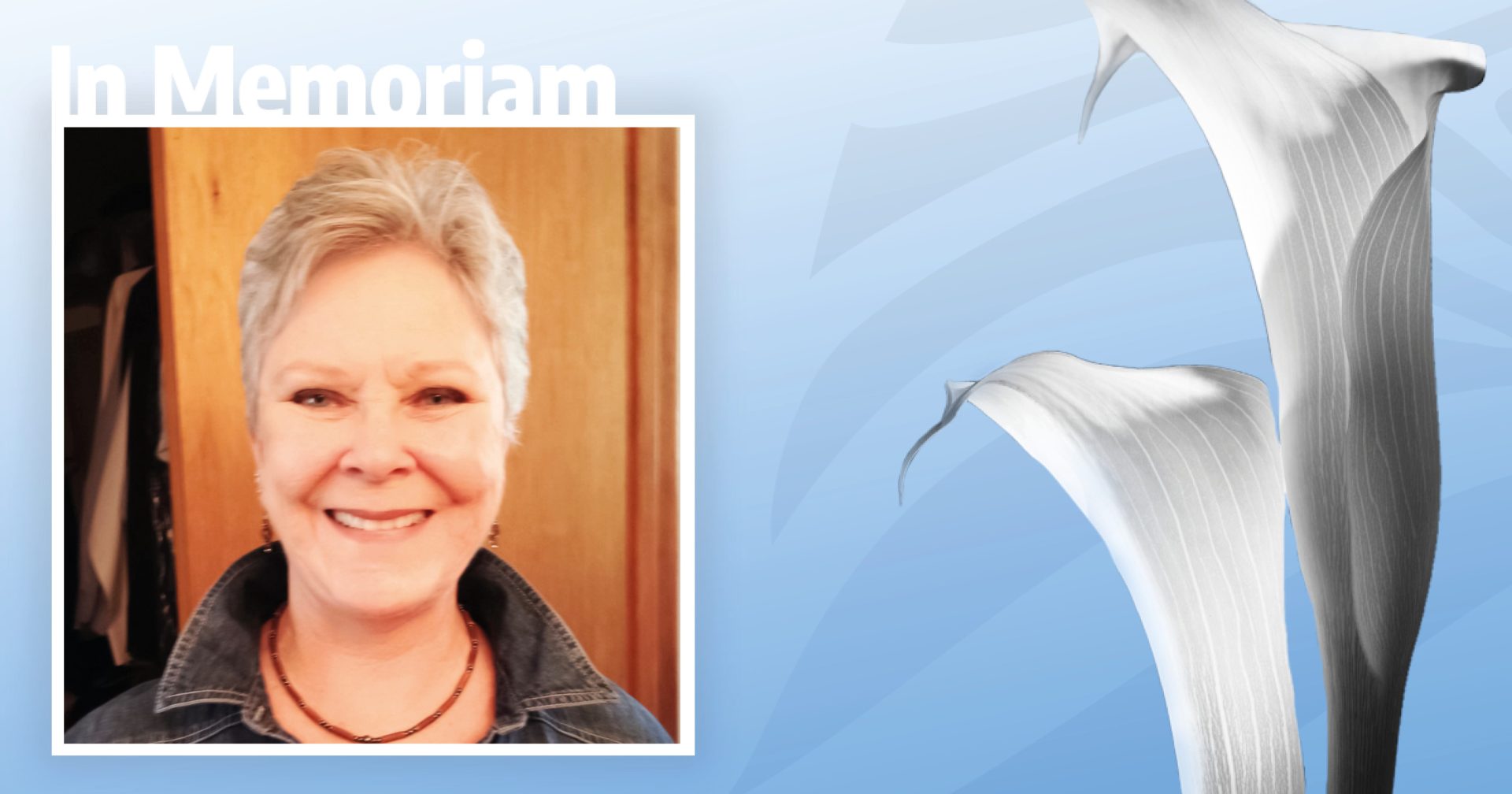 Janice Gail Gilchrist McIntosh, 65 of St Johns, Florida, passed peacefully from this world into the waiting arms of her Savior on Friday, September 14, 2018. She was surrounded by loved ones when she succumbed to complications related to her lifelong battle with Ehlers-Danlos syndrome.

Janice was born on August 14, 1953 in Knoxville, Tennessee, the biological daughter of Jane Steen and John Tucker, Jr. (Jack). She was adopted by Wayne and Jessie (Cardwell) Gilchrist and soon moved to San Diego, California where she was raised. After graduation she worked for the city of San Diego in several different capacities. She grew up a lover of the beach and the ocean, so it was fitting that she spent time at Lifeguard Headquarters. In 1978, she worked as a receptionist for the Police Department, when one evening a “cop party” brought Grant McIntosh, Jr. a NCIS agent and the love of her life, into her world. The moment she saw him, she turned to the friend she had come to the party with and said, “That’s the man I’m going to marry!” And she did, two years later on December 6, 1980. In September of 1982 they welcomed a daughter, Dessica Leigh.

In their nearly 38 years of marriage, Janice followed Grant around the world. From the continental United States, to Asia, and Europe, she set up, ran, packed up and then set up once again household after household. She was the touchstone of her family, the home base in the midst of the chaos. This ability to take charge and keep order earned her the nicknames “The War Department” and “Supreme Ruler of the World”. She had a ready laugh, a wicked sense of humor, and a compassionate heart. Her door was open to everyone and the coffee was always on. She was an inspiring example to all who knew her; most especially to her daughter and granddaughter who learned strength, resilience, and flexibility under her tutelage. She was fortunate to be reunited with both sides of her biological family in 1999 and cultivated very close relationships with her father, and many of her siblings, aunts, uncles and cousins.

The long overdue genetic diagnosis at age 59 could have crippled her spirit, but instead, it pushed her to be an advocate. She worked tirelessly to educate her friends, family, and doctors on EDS, the condition that stole so much of her life from her. A lifelong follower of Jesus with an unquenchable desire to learn more and follow closer, she converted to the Catholic faith in 2018. After 3 years of study and catechesis, she was received into full Communion with the Church on May 19, Pentecost Vigil Saturday, four months before her death.

Janice is preceded in death by her adoptive parents, Wayne and Jessie Gilchrist, and two children lost in early pregnancy. She is survived by her husband Grant of St Johns; her daughter Dessica and son in law Sean Mabry, her granddaughter Celia Mabry, all of Jacksonville; her biological father and stepmother Jack and Peggy Tucker of Hewitt, Texas; brothers John (Kristi) Tucker of Navasota, Texas and Steve (Johnna) Tucker of Killeen, Texas; her biological mother Jane Steen; two brothers and her sister Janene (Don) Miller, as well as many nieces and nephews.

In lieu of flowers, the family requests that donations be made to The Ehlers-Danlos Society. Special thanks to the ICU staff at Baptist Medical Center South in Jacksonville for the excellent care and comfort shown to Janice and her family during her unexpected illness.

We all love you Mama, now and forever. Keep watch over us and pray for us until we see you again.