Giving up on dreams but not giving up 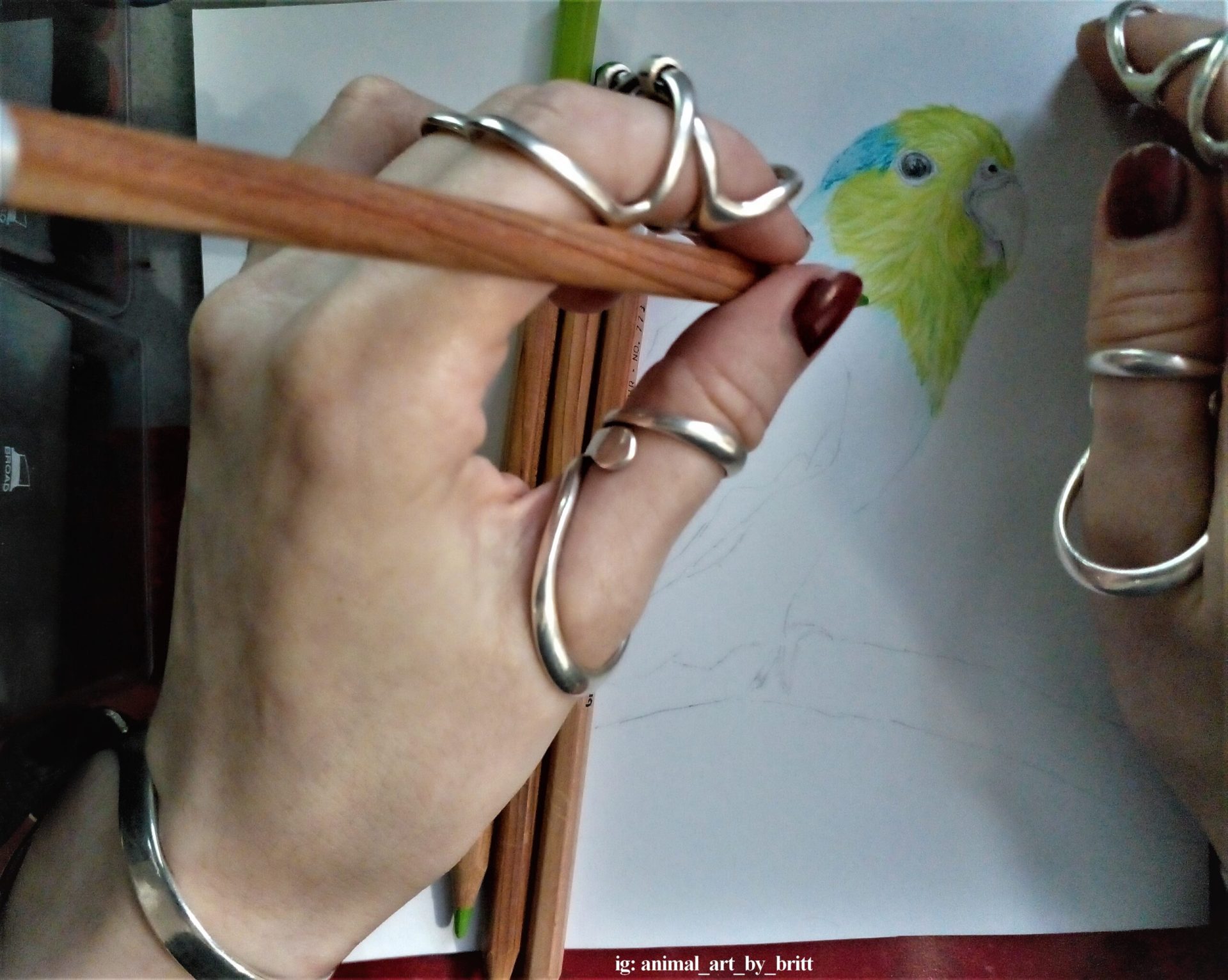 Ever since I was little I was an active child, not necessarily sporty but always busy with something, from playing outside to knitting and crocheting.

When I started first grade and learned to write I started to get wrist pain, but given my large range of creative hobbies, my parents and I blamed it on using my hands too much and so I limited my activities a little bit, which seemed to work. We never knew this would be one of the first signs of my hEDS, which would only be discovered after fighting for a diagnosis for years.

The wrist pain stayed but I started to ignore it, starting to use my hands more and more caused it to get worse over time but we never thought anything about it. As creative I was, I was even more clumsy, like not being able to throw a ball normally. I also was very flexible, allowing me to do a lot of tricks. During primary school, slowly more issues started to play up, from joints cracking to scoliosis and foot issues. During this time I started to do karate, it turned out to be one of the sports I was actually good at, I was flexible making it easy to do high kicks and allowing me to even start doing some international competitions.

What I didn’t know was that karate was both destroying my joints and also helping me build muscle, which kept my joints from subluxing, at least for a while. When I started secondary school I decided to do a higher level than was recommended, leading to me having a difficult first and second year. I needed to spend every minute I had studying causing me to miss more and more karate classes and slowly the muscles holding my joints together started to weaken. I didn’t know then that this would be the start of a long couple of years fighting to be believed and diagnosed.

When my muscles weakened, my legs got to the point where I was simply not able to walk a few steps without falling. We went to doctors who tested every single test they could, from muscle diseases to brain tumors, but they found nothing. After this, they simply told my parents I was attention-seeking and that I should see a therapist as I was mentally ill. I refused as I knew there was nothing wrong with my mental health, or at least not causing the issues, the issues did cause me to start struggling mentally.

In the following year, I went to a Physiotherapist who helped me to regain enough strength to walk again, but whenever I told her about still being in a lot of pain she simply told me I was fine and needed to stop looking for attention. Eventually, my parents started to believe this and I simply gave up talking about my issues and acted like nothing was wrong as much as possible, until I saw an Occupational Therapist (OT) for new insoles.

The second I came into his office and shook his hand he asked “are you hypermobile?” I told him that no one diagnosed me but he told me it was very obvious. The next appointment I had with him he told me about EDS and said it was very likely I had it, mostly due to my hypermobility and the look of my skin. This OT sent me to an EDS specialist and helped me to get through the 1.5-year waiting list quicker as he felt like this was way too long. He was right, about a month after seeing him I got officially diagnosed with both hypermobile EDS (hEDS) and dysautonomia. It was the 18th of January, 2021, and I was 16 years old. After struggling for years, losing friends, being in constant pain, I was finally believed.

It has been almost a year now, and it has been a rollercoaster. The happiness and relief of diagnosis soon turned into a feeling of sadness as I had so many dreams which I now knew would never become true, like becoming a veterinary surgeon and getting to a higher level in karate.

During this time I got my ring splint and c-splints for my wrists which finally allowed me to pick up on some of my hobbies again, like realistic drawing. I found a job in a small business, got crutches to allow me to finally walk some longer distances again, and found a new dream, becoming an OT to help others like me. I know my hands and legs will get a lot worse over time, and I will likely have to stop more things I love. I feel my fatigue will likely never be under control but I will never give up.

My name is Britt and this is my story.