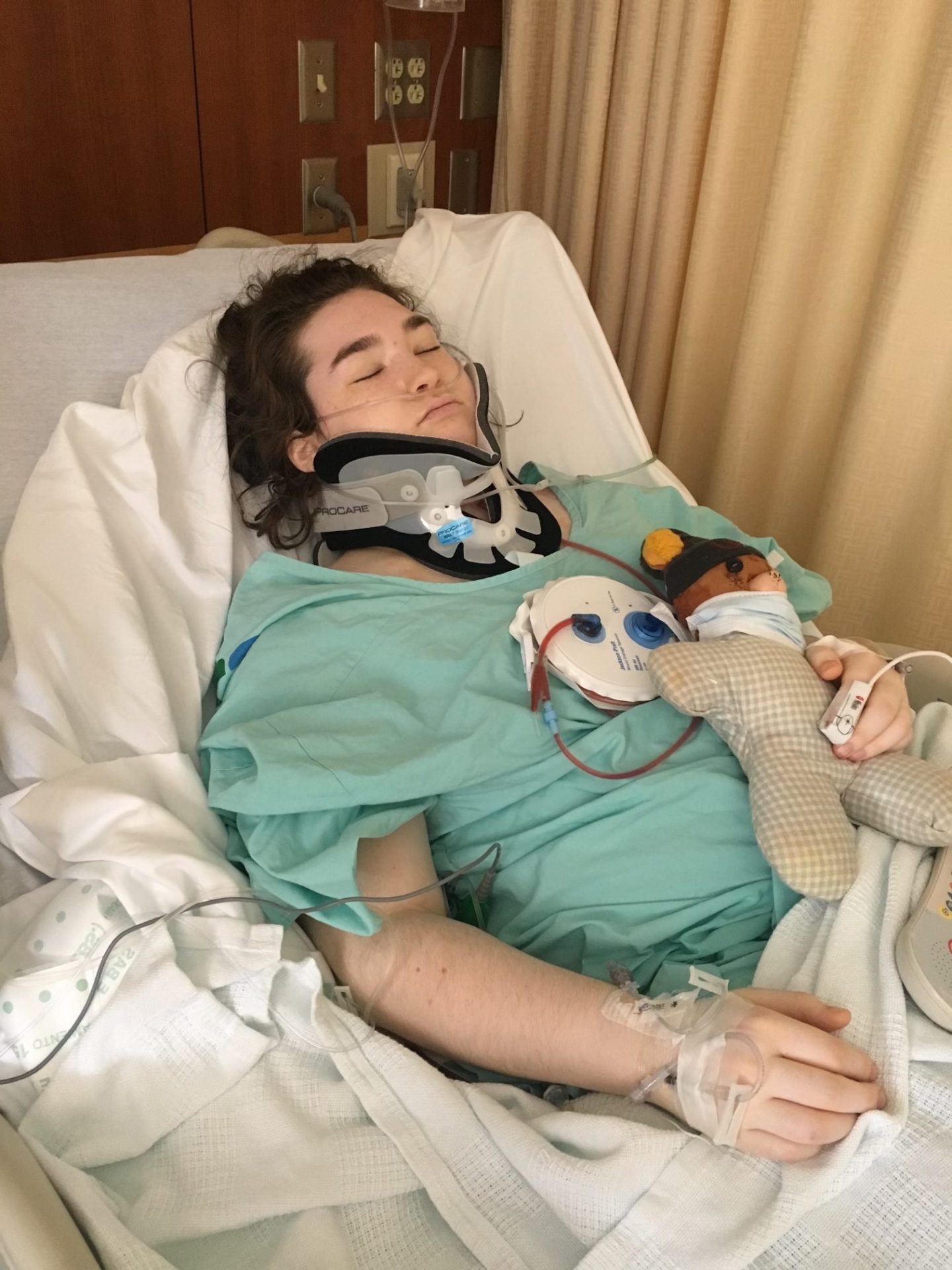 When I was little, my favorite book was Heidi by Johanna Spyri. I have read the book so many times that I think I’ve got it memorized. The character I always identified most with wasn’t Heidi, even though my mom always compared me to her because of my fiery personality. The character I personally identified with was Clara, the one called “invalid”.

I always got hurt when I was a kid and from a young age I feel like I knew that it wasn’t normal on some level. Some unconscious part of me just knew that something was wrong, but it was always dismissed though. I was, am, a dancer. It goes with the title. I always took pride in my injuries. “See how hard I’m working?” I would say.

Things started changing when I was around 17 years old, that was when I got my first big dislocation. My right shoulder dislocated during my junior year in high school and I had to sit an exam using my left hand. It’s a wonder the graders could read my scribbles! I was diagnosed with Postural Orthostatic Tachycardia syndrome (POTs) then as well after the third (or was it the fourth?) time passing out at a choir concert. “It’s just something a lot of young women deal with. You’ll be fine! You’ll grow out of it!”

Things just got worse from there.

When I was in my first year of university, they found a benign schwannoma on my C3-C4 vertebrae. It was a devastating blow, but they said they could fix it. It wasn’t cancer, I could live a “normal” life. So I had the surgery, they removed part of it, and I healed. Kind of. There was always pain in my neck. It didn’t feel right. The doctor kept telling me, “no this is normal, you’re fine, you will be a healthy young woman again.”

Two years later and I was back in surgery to remove the rest of the tumor and to have my cervical spine fused to help with my back pain.  So why did my whole body still ache? Why did my bones feel like they were grinding against each other? Why did my knees keep giving out and my scars look so weird?

One day, I came across a video of a girl explaining Ehlers-Danlos syndrome (EDS) and everything clicked. Everything she said, I identified with. I was hypermobile, it’s why I did so well in dance. I had the joint pain, the heart issues, the stretchy skin, the weird scars, everything. When I showed my mom she just kind of rolled her eyes and said, “Okay Gabriella, you’re fine, don’t stress so much.”

Then, about a year later, the dislocations started to get worse.  It was 2019, and I had finally gone back to university at age 23 as a dance major. Sure I was out of shape, but that’s nothing some hard work couldn’t fix, right? I dislocated my right knee when walking with my friend to class on the third day, and everything changed. It felt like overnight I was dislocating more and more body parts. I tried to brush it off at first. Got away with ignoring it for months even.

Then COVID hit, and I was at home, and suddenly my mom could see just how bad I had gotten. The first time she put my shoulder back into place, I cried. The second time, I winced and breathed through it. The third, I barely blinked. Bathing myself was nearly impossible without dislocating something, I had to have help. I couldn’t walk without my legs giving out because my knee slid one way and the rest of my leg the other. My gastrointestinal (GI) issues began acting up again and I was throwing up nearly everything I ate. I was rapidly worsening and no one had any answers.

“It’s stress,” one said.
“It’s all in your head” cried the other.
“You’ve got fibromyalgia” muttered a third.
“Have you ever heard of Ehlers-Danlos syndrome?”
It took a year and a half to get in to see a geneticist.

I have a NOTCH1 and a COL1A2 pathogenic variant. Both variants of unknown significance. But it’s something. She looked at me. As a person. As a human being. She told me, “you may have hypermobile Ehlers-Danlos syndrome, or you may have hypermobility spectrum disorder. I cannot tell you for sure which because there are not enough diagnoses in your files, but you certainly have one of them. Let’s schedule you in two years and see how you’re doing then.”

In the meantime, I’m to go to cardiologists, rheumatologists, gastroenterologists, and on and on. I’m in limbo.

Some days I’m walking a tightrope between despair and denial and I know that neither is good but I am trapped and it feels like there is no way out. Some days I cry and scream and rail against my fate. What did I do in a previous to deserve this? What kind of monstrous thing could I have been? I want to say it gets easier with time, but it doesn’t. Nothing will make me better. Nothing will fix the constant pain, the co-morbidities, the frustration of a system that doesn’t acknowledge my existence.

But there are spots of brightness in my life. My friends. My family. My animals.

I’ve had to give up dance as a career. I’ve had to give up horseback riding, running, most unsupervised physical activity. My life has changed and it will never be “normal”. I’m still learning to live with that. It’s not easy, and every day brings different challenges, but I have a support system behind me. A few wonderful people cheering me on. And that makes a world of difference.