THE DAY I HAD A NAME FOR IT 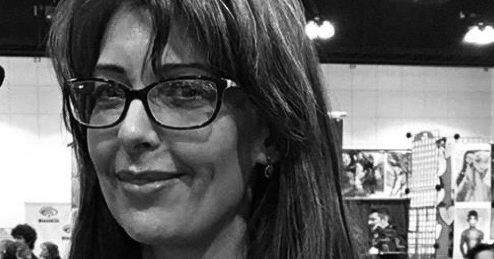 By the time I was diagnosed, I had been practically bedridden with pain and fatigue for a few years. I say “practically” because with the taser-like pain in my spine, I couldn’t lie down, sit, or stay in any position for long. If only I could sleep standing up like a flamingo, I would think. But my feet would give out. Okay, never mind.

All my joints hurt, but with my spine pain so bad, I could hardly notice the rest. My neck and head pain were the worst. I often begged my husband to guillotine me.

I had been told I had chronic fatigue, fibromyalgia, and EBV, which was the Lyme in those days. Part of the problem was that while I was growing up, I had been thoroughly mistreated by medical doctors, who were too smart to open a medical textbook and find my diagnosis. They made fun of me while scratching their heads and left it that. That left me positively allergic to medical doctors. Instead, I was seeing chiropractors and naturopaths, who I now know do not have the education to even read a medical textbook. From them, I was getting treatment that made me worse, which they referred to as “detoxing.” But all of that is another story.

A day came when someone told me what was wrong with me. Ironically, he was a chiropractor, who had heard of Ehlers-Danlos at a conference he went to.

Him: You know, your joints give when I press on them. All of them. You have a congenital problem.

Me: What? No. I’m weak because I’ve been sick for so long.

Him: Yes, you are very weak. This is a birth defect.

Him:  Yes, well, this wouldn’t be from sickness. Your joints give, and this isn’t normal. I can feel it. See what happens when I press on you. And, look at how much your skin stretches compared to mine.

Me: My skin is not different from yours.

Him: Yes it is. Look again.

Me: I don’t see what you are talking about.

Him:  Really? Let’s talk about your skin.

Me:  People tell me all the time how beautiful it is. I think it’s because I eat organic!

Me: Well, it can tear sometimes, but that’s not unusual. I mean, my father’s skin tore. He had special soap from the dermatologist.

Him: That would be part of this condition.

Me: My husband gets mad at me because of my bruises. Because I don’t know where they come from. He doesn’t believe me.

The room was starting to spin. When did I get sick? How long had I been in pain? Was it… always?

Yes. I was always struggling, always different, but only from the other kids at school. Compared to the other kids in my family, I fit right in. They had weird problems, too.

I’d been born with abdominal hernias so severe I had to have surgery at two months old.

I was the only 13-year-old going to the doctor for back pain. That’s when I wasn’t busy at the podiatrist because my feet hurt so much I could barely walk.

And those orthopedists at UCLA offered to break my legs and straighten them so my knees would stop hurting, while they snickered about my pain and told me to lose weight. BTW, I wasn’t fat.

None of them could ever tell me what was wrong with me. I went to physical therapy (with no real diagnosis!) and got nowhere. I wore braces that did nothing except make me feel ashamed. Perpetually close to fainting, my body felt like it was being ripped apart from the inside. It was humiliating and frightening. I stopped asking to see a doctor. I stopped going to physical therapy. By high school, carrying my backpack was an impossible struggle, and I was irretrievably distracted by how bad I felt all the time. I had no more energy to complain.

Wait… could this chiropractor be right?

Oh, no! He’s making some sense. No no no!!! I’d like a disease, please. Something that can go away, thanks very much.

The room started to spin.

I had to get out of there and prove him wrong. I knew I didn’t have this congenital, incurable, hopeless nonsense. He’s an idiot!

When I got home I read everything on the internet I could find about Ehlers-Danlos syndrome. There wasn’t much back then, and it was all in medical language, but enough was there. This was the story of my life. Like reading my own diary. I was busted.