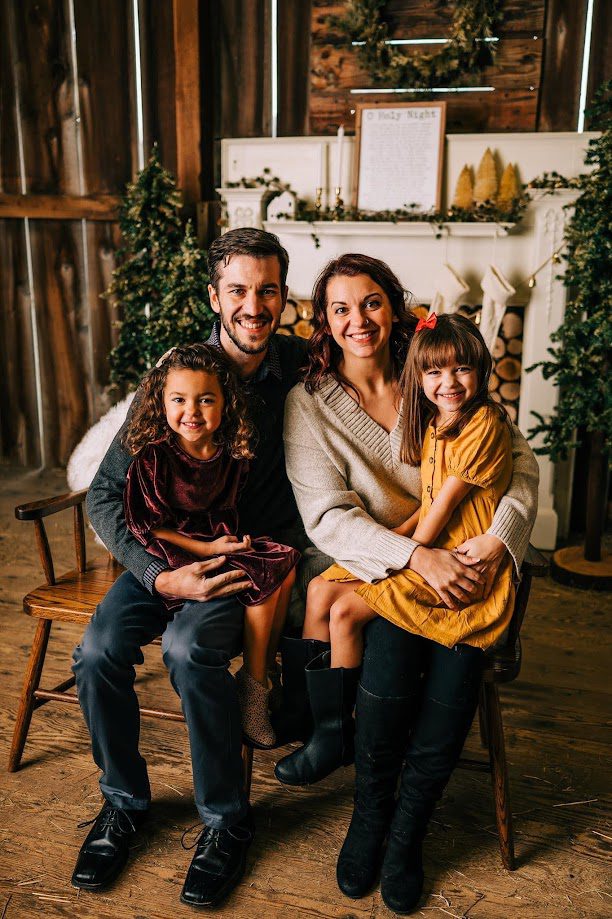 I was diagnosed with hypermobile Ehlers-Danlos syndrome about a year or so ago. It’s been a blur of validation, relief, grief, and so many more feelings that I’m still working through. It was definitely something very present all through my life but I am ultimately very excited to finally have an idea of what is going on in my body.

I had what many zebras went through in their childhoods, “growing pains”, subluxations, TMJ, ankle sprains, etc. My jaw was initially the worst thing with the TMJ getting bad in my mid-teens. I had a ton of knee issues as well but nobody could ever really tell me what was wrong other than a general diagnosis of chondromalacia patella. I was most often just told I should try PT or lose some weight but more often than that I would just be informed that everything “looked fine”. This led to me feeling like I was weaker, more fragile, and more sensitive than everybody else. I learned to internalize it as “everything is normal, this is how everyone feels, they just all handle it better than me.”

I actually never even told anyone about the knee subluxations when I was young. It was extremely painful and terrifying but I learned that if I very carefully shifted my leg, I could stop it from dislocating and it would feel fine after a while. I had gone through a super traumatic nerve conduction test on my arm and all I knew was that I DID NOT want to go through something like that again. Fun fact, that nerve conduction test showed that I was “fine”. I still experience a lot of numbness and tingling in my fingers and toes.

In my mid-teens is also when I first started experiencing issues with PCOS and endometriosis. I still experience a lot of pain from both. I ended up having TMJ surgery on my left side in 2006 and then on my right side in 2013. I’ve had surgery to remove endometrioma masses that were in my c-section scar and got very painful just a few years ago. I recently went through prolotherapy injections for my left knee. It had always been my worst one and I had a lot of instability issues. I had that done early this year and so far, it’s been a huge improvement. I still occasionally get aches but haven’t experienced any instability in it since then.

I just completed the treatment on my right knee after fully dislocating it this past May. I ended up with an LCL and ACL tear so I’m hoping that the prolotherapy can help with tissue repair. I’ve been out of work since March, first on short-term disability and now I’m in the process of applying for long-term. My TMJ has gotten pretty bad again and I finally reached out to my oral and maxillofacial surgeon in September of 2021, feeling pretty sure I was in need of surgery again. After I saw him, he told me that the symptoms indicated my discs were dislocated again. He ordered the MRI to confirm and insurance denied it 3 separate times, despite the proper paperwork being given to them, resulting in my doctor requesting a peer-to-peer review (which you can only do after 3 denials). He was able to get the MRI approved at that point but this had dragged out for 5 months. By the time I actually got the MRI and then went back to confirm the results with my doctor he told me that yes, the discs are dislocated and yes, he felt I needed the surgery again but on both sides this time, but also, he was moving out of state and couldn’t do it. This was May 2022 and I was told he had a wonderful doctor coming into his role who he totally trusted to do a great job and that I could call in mid-June or July to schedule with her.

I waited, and waited, and called, and called, and as far as I know that doctor is STILL not practicing. I was told that she hadn’t gotten all her insurance clearances yet. I finally had to start calling every Oral and Maxillofacial surgeon in my network to try and find someone who could help me. It was awful, I felt so completely alone and abandoned by the professionals who are supposed to take care of us. Through a Facebook support group, I found a highly recommended doctor in my network who could see me within the year. So now, after a trip to Philadelphia to see him, a 4 ½ hour drive from home, I am scheduled for a total joint replacement on February 27th, 2023. So, while I’m waiting to see if my long-term disability is accepted by my employer, I’ve had to apply for government assistance because I’m not getting any pay. I have two beautiful little girls who depend on me and to say this is the best we can do for healthcare in the US is just sad. I depend on groups like The Ehlers-Danlos Society to educate myself and advocate for myself in this brand-new terrain of an invisible chronic illness. I hope that my struggles can help us get to a better place in diagnosing and treating zebras.